11 Health Habits That Will Help You Live to 100

You don’t need to eat yogurt and live on a mountaintop, but you do need to floss. 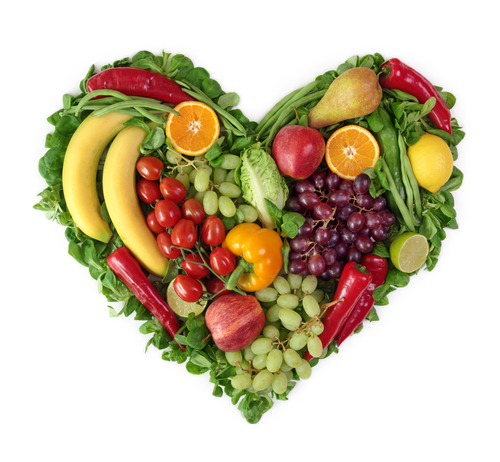 One of the biggest factors that determines how well you age is not your genes but how well you live. Not convinced? A study published in 2009 in the British Medical Journal of 20,000 British folks shows that you can cut your risk of having a stroke in half by doing the following four things: being active for 30 minutes a day, eating five daily servings of fruit and vegetables, and avoiding cigarettes and excess alcohol.

While those are some of the obvious steps you can take to age well, researchers have discovered that centenarians tend to share certain traits in how they eat, move about, and deal with stress—the sorts of things we can emulate to improve our own aging process. Of course, getting to age 100 is enormously more likely if your parents did. (Recent research suggests that centenarians are 20 times as likely as the average person to have at least one long-lived relative.) Still, Thomas Perls, who studies the century-plus set at Boston University School of Medicine, believes that assuming you’ve sidestepped genes for truly fatal diseases like Huntington’s, “there’s nothing stopping you from living independently well into your 90s.” Heck, if your parents and grandparents were heavy smokers, they might have died prematurely without ever reaching their true potential lifespan, so go ahead and shoot for those triple digits. Follow these 11 habits and check out Perls’ lifetime risk calculator to see how long you can expect to live.

1. Don’t retire. “Evidence shows that in societies where people stop working abruptly, the incidence of obesity and chronic disease skyrockets after retirement,” says Luigi Ferrucci, director of the Baltimore Longitudinal Study of Aging. The Chianti region of Italy, which has a high percentage of centenarians, has a different take on leisure time. “After people retire from their jobs, they spend most of the day working on their little farm, cultivating grapes or vegetables,” he says. “They’re never really inactive.” Farming isn’t for you? Volunteer as a docent at your local art museum or join the Experience Corps, a program offered in 19 cities that places senior volunteers in urban public elementary schools for about 15 hours a week.

2. Floss every day. That may help keep your arteries healthy. A 2008 New York University study showed that daily flossing reduced the amount of gum-disease-causing bacteria in the mouth. This bacteria is thought to enter the bloodstream and trigger inflammation in the arteries, a major risk factor for heart disease. Other research has shown that those who have high amounts of bacteria in their mouth are more likely to have thickening in their arteries, another sign of heart disease. “I really do think people should floss twice a day to get the biggest life expectancy benefits,” says Perls.

3. Move around. “Exercise is the only real fountain of youth that exists,” says Jay Olshansky, a professor of medicine and aging researcher at the University of Illinois at Chicago. “It’s like the oil and lube job for your car. You don’t have to do it, but your car will definitely run better.” Study after study has documented the benefits of exercise to improve your mood, mental acuity, balance, muscle mass, and bones. “And the benefits kick in immediately after your first workout,” Olshansky adds. Don’t worry if you’re not a gym rat. Those who see the biggest payoffs are the ones who go from doing nothing to simply walking around the neighborhood or local mall for about 30 minutes a day. Building muscle with resistance training is also ideal, but yoga classes can give you similar strength-training effects if you’re not into weight lifting.

4. Eat a fiber-rich cereal for breakfast. Getting a serving of whole-grains, especially in the morning, appears to help older folks maintain stable blood sugar levels throughout the day, according to a recent study conducted by Ferrucci and his colleagues. “Those who do this have a lower incidence of diabetes, a known accelerator of aging,” he says.

5. Get at least six hours of shut-eye. Instead of skimping on sleep to add more hours to your day, get more to add years to your life. “Sleep is one of the most important functions that our body uses to regulate and heal cells,” says Ferrucci. “We’ve calculated that the minimum amount of sleep that older people need to get those healing REM phases is about six hours.” Those who reach the century mark make sleep a top priority.

6. Consume whole foods, not supplements. Strong evidence suggests that people who have high blood levels of certain nutrients—selenium, beta-carotene, vitamins C and E—age much better and have a slower rate of cognitive decline. Unfortunately, there’s no evidence that taking pills with these nutrients provides those antiaging benefits. “There are more than 200 different carotenoids and 200 different flavonoids in a single tomato,” points out Ferrucci, “and these chemicals can all have complex interactions that foster health beyond the single nutrients we know about like lycopene or vitamin C.” Avoid nutrient-lacking white foods (breads, flour, sugar) and go for all those colorful fruits and vegetables and dark whole-grain breads and cereals with their host of hidden nutrients.

7. Be less neurotic. It may work for Woody Allen, who infuses his worries with a healthy dose of humor, but the rest of us neurotics may want to find a new way to deal with stress. “We have a new study coming out that shows that centenarians tend not to internalize things or dwell on their troubles,” says Perls. “They are great at rolling with the punches.” If this inborn trait is hard to overcome, find better ways to manage when you’re stressed: Yoga, exercise, meditation, tai chi, or just deep breathing for a few moments are all good. Ruminating, eating chips in front of the TV, binge drinking? Bad, very bad.

8. Live like a Seventh Day Adventist. Americans who define themselves as Seventh Day Adventists have an average life expectancy of 89, about a decade longer than the average American. One of the basic tenets of the religion is that it’s important to cherish the body that’s on loan from God, which means no smoking, alcohol abuse, or overindulging in sweets. Followers typically stick to a vegetarian diet based on fruits, vegetables, beans, and nuts, and get plenty of exercise. They’re also very focused on family and community.

9. Be a creature of habit. Centenarians tend to live by strict routines, says Olshansky, eating the same kind of diet and doing the same kinds of activities their whole lives. Going to bed and waking up at the same time each day is another good habit to keep your body in the steady equilibrium that can be easily disrupted as you get on in years. “Your physiology becomes frailer when you get older,” explains Ferrucci, “and it’s harder for your body to bounce back if you, say, miss a few hours of sleep one night or drink too much alcohol.” This can weaken immune defenses, leaving you more susceptible to circulating flu viruses or bacterial infections.

10. Stay connected. Having regular social contacts with friends and loved ones is key to avoiding depression, which can lead to premature death, something that’s particularly prevalent in elderly widows and widowers. Some psychologists even think that one of the biggest benefits elderly folks get from exercise the strong social interactions that come from walking with a buddy or taking a group exercise class. Having a daily connection with a close friend or family member gives older folks the added benefit of having someone watch their back. “They’ll tell you if they think your memory is going or if you seem more withdrawn,” says Perls, “and they might push you to see a doctor before you recognize that you need to see one yourself.”

11. Be conscientious. The strongest personality predictor of a long life is conscientiousness—that is, being prudent, persistent, and well organized, according to The Longevity Project, coauthored by Howard Friedman and Leslie Martin. The book describes a study that followed 1,500 children for eight decades, collecting exhaustive details about their personal histories, health, activities, beliefs, attitudes, and families. The children who were prudent and dependable lived the longest, Friedman says, likely because conscientious types are more inclined to follow doctors’ orders, take the right medicines at the right doses, and undergo routine checkups. They’re also likelier to report happier marriages and more satisfying work lives than their less conscientious peers.

What Can Kigelia Fruit Extract Do for Your Skin? Health Benefits of Tea Tree Essential Oil
Scroll to top